I received a rude awakening in early 2010 when my husband and I moved to Brownsville, Texas for several months.

I had traveled in the southwest years before as a child with my parents, and I didn't remember there being so much border patrol.
On a trip back to San Antonio one day, my mother and I passed through a check point.
My mother was driving, and I was in the passenger seat.
Here's a photo of my mother, Frances Green and me: 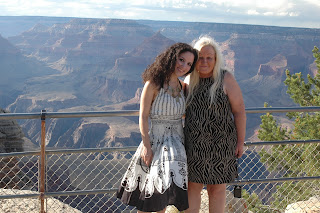 Well, the border patrol agent looked right past my mother and started asking me questions, like, what I was doing in Texas, was I a student, how old I was, and my name, etc.
I answered his questions but was annoyed.
They let us go on our way.
The most annoying thing is that as soon as anyone hears me speak, it should be very obvious I am from the United States of America!
I have only a bit of a southern accent, if any.
I consider myself a southern, country girl and I think any fool can see I am not fresh from Mexico!

Then, several weeks or so later, this time it was my father driving, with me in the passenger seat, and my mother in the back drivers side.
A shot of me and my father, James Green: 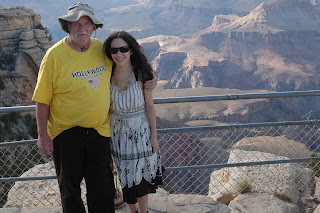 This time, the border patrol agent asked my father the usual questions about where we were heading, etc.
Then, he looked past him and asked ME for MY I.D.!
I was not even driving the vehicle!
How are you going to look past a driver of a vehicle and ask the PASSENGER for their I.D.?

I'd had enough, and asked the "federal agent" "Do I have to show you my I.D.?
I told him I didn't want to be profiled, and how I didn't appreciate it.
I kept asking "Do I have to?" and never really got a straight answer.
He finally on, I guess because he knew what he was doing was wrong and how obvious it was that he was racially profiling me.

But...the damage was done.
I was shaking and very upset.
Now, to this day, I don't want to go within 100 miles of the Mexican border because of the way I was unfairly treated.
It's amazing because I was "spoiled" growing up in Virginia where I have never personally been treated in such an obviously racist way.
It gave me a whole new sympathy for those that are mistreated by public servants who are supposed to be there to SERVE, not abuse the public.
At least I can say I stood up for myself to a "federal agent" when I knew what they were doing was wrong.

Oh, and no, I am NOT Mexican and have no Mexican heritage!
But, even if I did, there's no excuse to treat me the way I was treated in those incidents.
I'd be, and am happy and proud of what I am, whatever that happens to be!
Posted by Libertad Green at April 13, 2012

Email ThisBlogThis!Share to TwitterShare to FacebookShare to Pinterest
Labels: Life 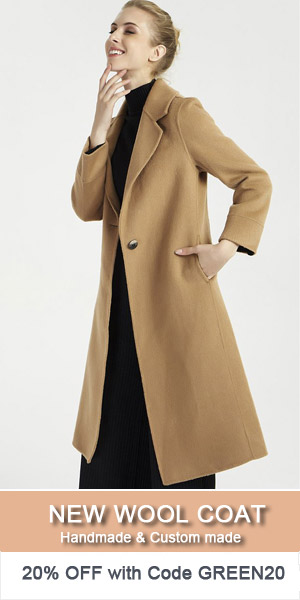 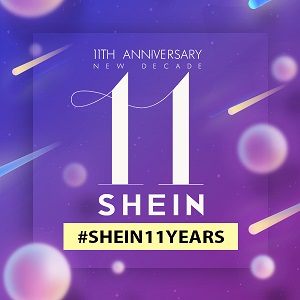